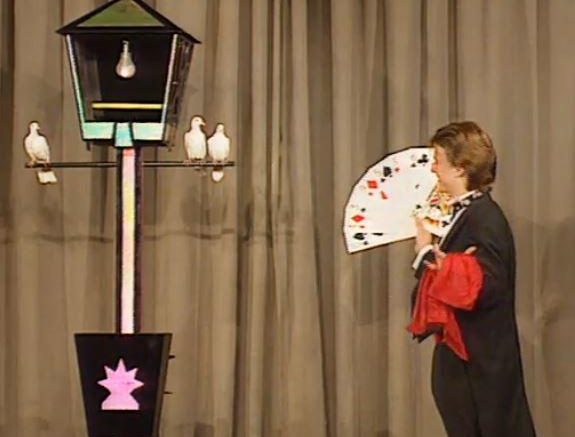 For this week’s nostalgia, we have decided to go back to 1993 to see why the BBC did a feature on the Lambrook Prep School in the town.

The three-and-a-half-minute feature showcases that students not only compete in afterschool activities that focus on sports and theatre, but many decided to take up the unique interest of magic.

Children ranging in their teens showcased their skills to numerous members of their special club as they prepared themselves for a national competition that took place in neighbouring Reading.

Peter Hopkins, who worked at the school at the time, said: “I think it helps the children’s confidence.

“A lot of them are not are games players or perform in major school drama, but they are people whose confidence develops when performing drama.”

Speaking on the competition in the Royal Borough that attracted young magicians all over the country to take part, organiser Keith Churcher said: “This event started in 1974 when we felt there was a need for youngsters to be trained in magic, but to be trained properly.

“Over the years, the youngsters we have seen at our Junior Day (the national competition that took place in Reading), some of them have matured beautifully.”

The competition was just one feature of a day that gave young and budding trickers the opportunity to learn from professional magicians offering advice to beginners.

Camberley’s Matthew Stokes, who attended Lambrook Prep in Bracknell did not win the competition, but he take home the ‘promising act’ award.

He had been working on his act for six months ahead of the contest.

Speaking on his future goals, then 16-year-old said 29 years ago: “I don’t think I can make a full-time career out of it.

“Eventually after college, I would like to perhaps do some cruise ship magic but that is a long way off at the moment.

“But at the moment, I am happy with doing a few shows and competitions.”

Matthew, who is now 45, uploaded the feature onto his YouTube channel in April 2019.