THAMES Valley Police will refer itself to a body that investigates police officer behaviour following an incident in which a cow was rammed by a police car last week.

Matthew Barber, the new Police and Crime Commissioner for Thames Valley Police, revealed the Independent Office of Police Conduct (IOPC) will look into the circumstances around the “distressing” incident, which took place on the evening of Thursday, May 13.

The cow was struck by a police car after escaping a field near Woodley.

In a statement, he said: “Following the incident last week where a number of cows escaped from their field onto the A329(M) in Wokingham, I have spoken directly with the Chief Constable and asked the Force to explain the actions of officers involved in the incident in which a police vehicle was used to stop one of the animals.

“I know that many people found the incident concerning and were particularly distressed by the footage circulating on social media. 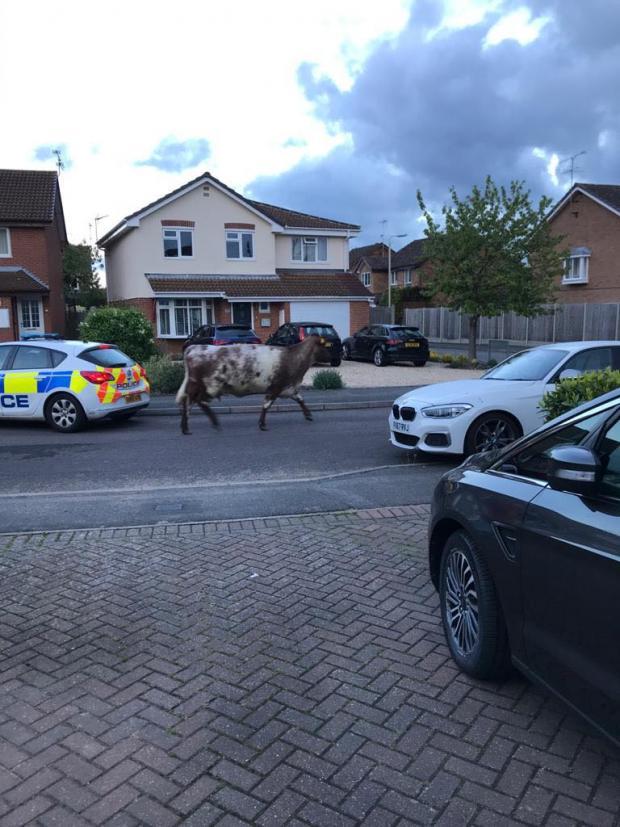 “I have, however, been reassured that officers acted appropriately and proportionately in the interests of public safety.

“Those of us who saw the reports in the media only watched a few seconds of the incident that had been ongoing for around two and a half hours.

“Having spoken to the incident commander I am satisfied that all options were adequately considered on the night, including the use of a tranquillizer or to authorise firearms officers to shoot the animal.

“There was a genuine concern for public safety from officers after one member of the public and a police officer had both been injured.

“The action was taken as a last resort after having consulted with the farmer who was present on the scene and attempting to assist the police.

“Given the nature of the incident, the Force will be making a voluntary referral to the Independent Office of Police Conduct (IOPC). In the circumstances, distressing though the incident was, I fully support the actions of Thames Valley Police officers.”

We’ve set up a new Facebook group where you can find all the most interesting court and crime stories from around Berkshire. 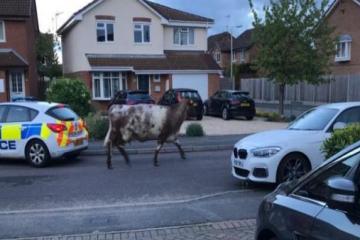