Plans have been submitted to demolish a derelict arcade in the town centre and build an eight-storey hotel in its place.

The vacant former Bristol & West Arcade on 173-175 Friar Street will become a four-star hotel, if the plans are approved, with a pub also planned at another part of the development site.

Developer Sonic Star Properties submitted the new plans for the site in January, having abandoned previous approved proposals for the former arcade on Friar Street.

READ MORE: This is how many people have received the Covid vaccine in each part of Reading

The scheme replaces the previous plan for offices, 35 flats and five shops that was approved by the council’s Planning Applications committee in July 2018.

The new plan was submitted “due to the lack of demand for new office and retail space in the town centre”.

It said there had, however, been some interest in the site from hotel companies. 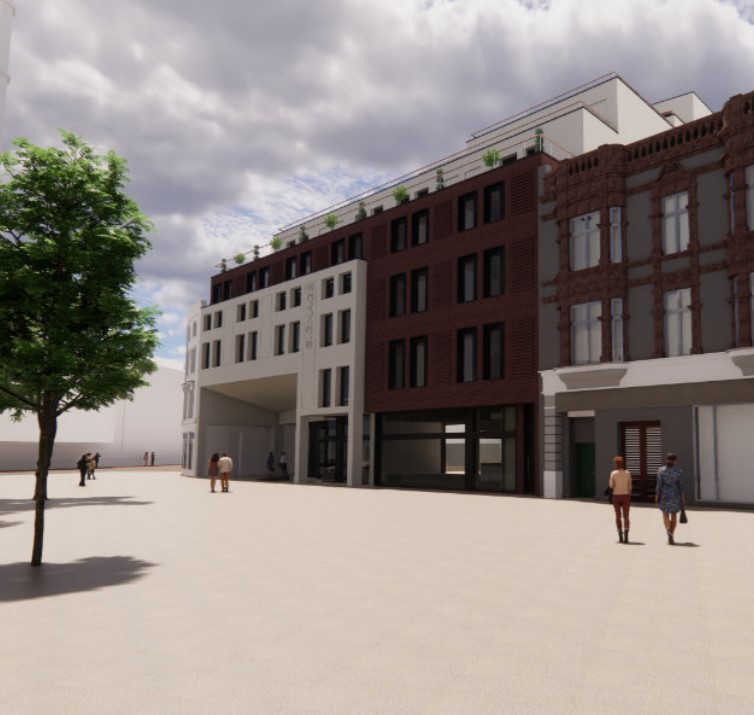 How the hotel could look

And there is a pre-let in place with Leonardo Hotel (part of Jury’s Inn) to take on the hotel, according to one document within the application.

Sonic Star Properties also previously won planning permission to build a new pub, 43 flats, office space and shops at three grade-II listed buildings, at 27-32 Market Place, and is going ahead with these plans as part of the project.

29-31 Market Place is the former Coopers Arms pub, which closed in 2010, and will be replaced with a new pub.

The new owner is “keen to develop the site into a vibrant collection of properties to bring new life to this corner of Reading town centre”. The hotel on Friar Street would include a bar, restaurant and gym and have up to 182 beds.

Sonic Star Properties said the arcade and Market Place buildings have become “derelict and are in very poor condition”.

The plans can be viewed here.

The Bristol & West Arcade buildings on Friar Street were closed in 2007 and have remained vacant along with the listed buildings on Market Place.

The company acquired the site in 2017 and immediately boarded and secured the arcade for health and safety reasons.

As your local newspaper we’ve been keeping readers informed about what’s going on in your community for generations.

To find out what’s going on near you, see the latest Public Notices at readingchronicle.co.uk/announcements/all_announcements/ or pick up Thursday’s newspaper.