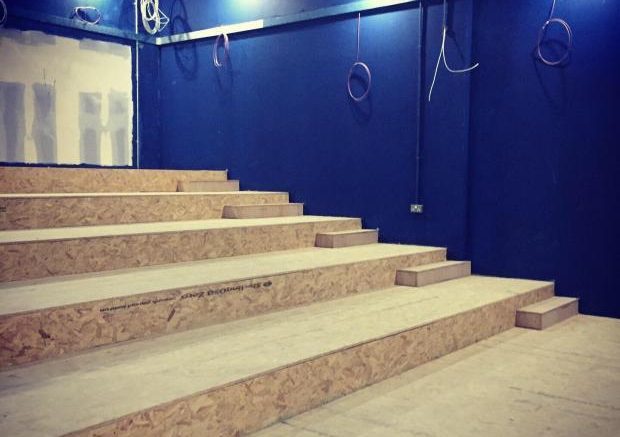 Police and the council withdrawn objections to plans for a new cinema which could now open within the next eight weeks at Broad Street Mall.

Indie cinema company Really Local Group have been preparing to open Reading Biscuit Factory since early 2020 and say they now hope to be ready to open the venue on Queens Walk within four-to-eight weeks.

They had been left “baffled” by opposition from the police and several departments at Reading Borough Council (RBC) but all objections have now been withdrawn.

A spokesman for the council said: “Objections have been withdrawn. All parties are in agreement, so meeting has been dispensed with.”

The council’s Licensing Applications committee was due to decide whether to approved the company’s licence application for the site on Thursday, June 3 at 9.30am but the meeting has been cancelled last-minute.

Preston Benson, founder of Really Local Group, said: “We are delighted there has been an effort to have a better understanding about what we are doing in Reading.

“We shared some more information with the council about what makes our venue special.

“We are very excited to be opening and very thankful to the police and council for supporting us and look forward to opening a positive space for the community”.”

As well as a four-screen cinema at the former Argos store, the plans for the venue include a bar, café, live music, comedy and a covered outside area.

The cinema will have an average ticket price for films of £6.50.

Mr Benson said he expects the cinema will be ready to open within the next two months but Brexit and Covid is making finding staff difficult.

He added: “We are very much looking  forward to working with the council to promote and arts and culture in Reading going forward.”

What were the concerns from the police and council?

Before the parties worked out their differences and the objections were withdrawn, Thames Valley Police (TVP) said the licence application failed to address concerns over public nuisance and crime and disorder in the town centre.

Officers from three different teams at the council had also objected to the licence application, with concerns raised including noise levels and lack of information in the application.

Both the police and council’s licensing team said the town centre Cumulative Impact Area has not been directly addressed.

RBC’s Cumulative Impact Assessment states that “the town centre is already under stress from too many licensed premises and that any application for a licence within that area will be refused unless the applicant can demonstrate that their proposed operation does not undermine the promotion of the licensing objectives”.

After the cinema shared more information the objections were dropped, suggesting communication issues between the parties was the main reason for the initial objections.

A new bowling alley, mini-golf and darts venue will also open at Broad Street Mall in the unit below the cinema, with a licence approved for that venue in late 2019.